Camps Bay, known for its attractive beach and trendy restaurants, also on the downside provides excessive glare because of the sun's reflection on the vast open waters of the Atlantic Ocean. Window tinting therefore is essential for properties in this area, consisting of an extensive range of products featuring a remarkable selection of internal comfort and energy benefits. Directing the solar heat or energy into and out of windows, making glass safer, complementing general architectural aesthetics, and supplying pleasing additions to glass are all areas of application with substantial market value.

Old-technology window tinting involves achieving its solar heat gain rejection by absorbing the whole solar field, barring its direct entry into the home. The imperfection with this process is that the film rises in temperature unnecessarily and, when applied to a single glass pane or the internal pane of a double pane window, most of that heat is channelled, radiated, and convected to the rooms, making them hotter than they should be. This goes against the goal of the film, which is to diminish solar heat increase. Considerably less natural light gets through as well. In an area that is as appealing as Camps Bay, this would lessen the perceived quality of the homes in the area.

As a LLumar AAI centre, LunarProducts only installs new generation, LLumar films that reduce heat-increase and glare much more efficiently, by filtering and reflection, rather than just absorbing the light and resulting heat, as is the case with most tints, and ensures greater UV protection. These films have a 10 year International manufacturer's warranty and are guaranteed to last longer than 20 years. In an area like Camps Bay this will be a welcome convenience, where one will not get too much of the summer sun. The films we offer are also significantly more neutral in colour, not altering the appearance of the property and maintaining as much natural light as possible, ensuring that the beautiful houses of Camps Bay will not lose their appeal. Across the globe LLUMAR films are unquestionably leading in major projects involving solar control films and their excellence is unrivalled by any other film in the industry.

We work hand in hand with Mechanical Engineers, Architects, and Property management groups on their current buildings and new and upcoming building projects/designs, to reduce heat accumulation, ensuring cooling and improving the comfort of occupants. We have also now reached a level of establishment where our films are being specified (rather than more expensive Double Glazing/Smartglass laminates etc.) by numerous architects/engineers during the design process of projects and not simply as retro-fit solutions. Be assured that even the area of Camps Bay which is known for the heat and glare of the sun enjoys the benefit of LunarProducts. 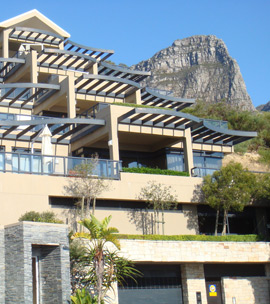 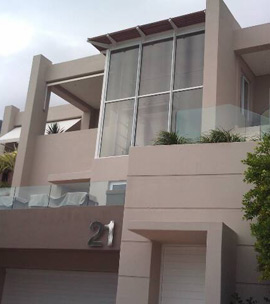