Window Tinting and Films in Welgemoed

In the quiet and sought after suburb of Welgemoed in the Northern Suburbs of the Western Cape, one can simply relax with the tranquillity that characterises the area. Yet all that could be spoiled by the glare of the sun that could invade a home, along with the danger of UV damage. Conventional windows do little to keep out UV rays, which not only damage the skin and eyes, but have a lasting effect on homes' furniture, floors and curtains, by causing them to fade and lose colour. That is why a professional window tint is so invaluable. The process of window tinting comprises of a sizeable array of products with a superb selection of energy conserving and inner comfort benefits. Managing the course of energy or solar heat into and out of windows, raising the level of safety, harmonising with the general architectural aesthetics, and contributing attractive enhancements to glass are all included with considerable market value.

The old approach to window tinting is made up by attaining its solar heat gain rejection via absorption of the whole solar field, thereby stopping it from entering the house. Where this strategy fails is when the absorbtion causes the film to heat up excessively and, since the film is applied to a single glass plane or the inner pane of a double pane window, most of that heat is radiated, convected and conducted into houses' interiors, bringing the heat level of rooms to a higher level than they should be. This prevents the film from doing what it is intended for, to lessen solar heat increase. The natural light coming into the house is lessened as well. Since the atmosphere of Welgemoed encourages relaxation, the uncomfortable conditions created by this type of film would disturb the peace and quiet for home owners.

Being a LLumar AAI centre, LunarProducts offers just new generation, LLumar films that decrease glare and heat-gain much more successfully, not only by absorbing the light and consequential heat, but additionally by reflection and filtering and guaranteeing improved UV protection. These films come with a 10 year international manufacturer's warranty and a lifespan that exceeds 20 years. For home owners in Welgemoed, this is essential especially for those times spent indoors, and still being able to enjoy the beautiful surrounding environment that makes this suburb so appealing. The films that we supply are considerably more neutral in colour, and do not affect the appearance of the houses and preserve as much natural light as possible, guaranteeing that a home in Welgemoed retains its inviting appeal. Throughout the world LLUMAR films are the firmly established leaders in major projects relating to solar control films and their superiority is unchallenged by any other film in the market.

We work in tandem with Property management groups, Mechanical Engineers and Architects on their present buildings and recent house designs/projects, to reduce heat build-ups and cooling loads and ensure the comfort of people in their homes. That should be a much appreciated fact for those developing properties in Welgemoed. To top it all off, we have also attained a level where our films are specified (rather than the expensive Smartglass/Double Glazing laminates etc.) by many engineers/architects during the planning period of projects and not merely as a retro-fit solution. Residents of Welgemoed can relax knowing their homes will be protected from the heat and glare that is common to the area. 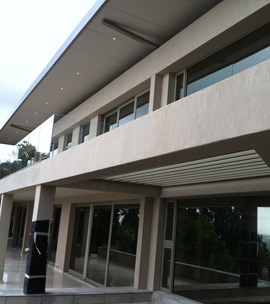 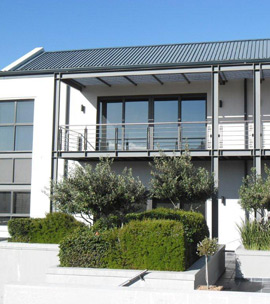