Window Tinting and Films in Constantia

As one of the oldest vineyards and suburbs in the Cape, the gorgeous valley of Constantia has a wealth of vintage properties featuring lavish interiors. While residing in this area would certainly be a pleasure, the heat and especially the glare of the sun could make it an uncomfortable experience indoors. In addition, besides the damage UV rays does to the skin and eyes, it has also been proven that UV rays damage furniture, causing its colour to fade. Therefore window tinting is a service much needed by the upmarket houses of Constantia. The large family of products that make up window tinting feature a fantastic collection of energy reduction and indoor comfort benefits. Taking control of the direction of the solar heat or energy that goes through windows, upgrading the safety of glass, augmenting the general architectural aesthetics, and giving pleasing extras to glass are all part of the application with remarkable market value.

The old way of window tinting is done through effecting their solar heat gain rejection through attractiing the full solar spectrum, stopping it from entering the property. The problem arises when the film heats up too much and, being already put on to a windowpane or the inner section of a windowpane, the heat absorbed is spread, convected, and taken to rooms, making the house hotter than it should be. This goes against the goal of the film, chiefly, reducing solar heat gain. The natural light admitted is much less as well. For an area as alluring as Constantia, this would be a major disappointing factor.

Home owners in Constantia should be pleased to know then that, as a LLumar AAI centre, LunarProducts just offers and installs the latest in LLumar films that diminish heat-gain and glare with considerably more effect, going beyond just absorbing the heat and sunlight by reflection and filtering, improving UV defence. These films carry a 10 year international manufacturer's warranty and exceed 20 years. This would surely add to the lasting quality of a home in Constantia. We additionally concentrate on films that are signficantly more neutral in colour to leave the exterior of the house unaffected and retain as much natural light as possible, safeguarding the appeal of a property in Constantia. Anywhere in the world, LLUMAR films are the definite leaders in major projects involving solar control films and their quality is unmatched by any other film in the world.

We combine our efforts with those of Property management groups, Architects and Mechanical Engineers on their current buildings and schemes/plans, to curtail heat gains and cooling loads and raise the level of comfort for occupants. As an added sign of our reputation, our films are now being specified (instead of more costly smartglass /double glazing laminates etc.) by a variety of architects/engineers for the duration of the planning stage of projects and not just as a retro-fit solution. 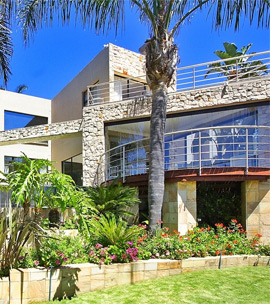 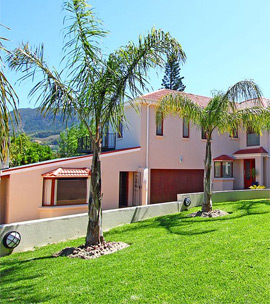